HEK ViP NX is a complete chemically defined, animal-component-free cell culture medium with a high nutrient level. It was developed by Xell for cultivation of HEK and other mammalian cell lines, with a special focus on transfection applications and optimized for virus/viral vector production (e.g. AAV production and lentivirus production). The cell culture medium is especially suited for transient transfection with e.g. polycationic transfection reagents such as polyethylenimine (PEI). HEK ViP NX supports cell growth and production phase of proteins or viral vectors in suspension culture in various scales. It can be used in research or in manufacturing applications.

HEK ViP NX was used to generate the data for our technical note on AAV-2 and AAV-8 production. 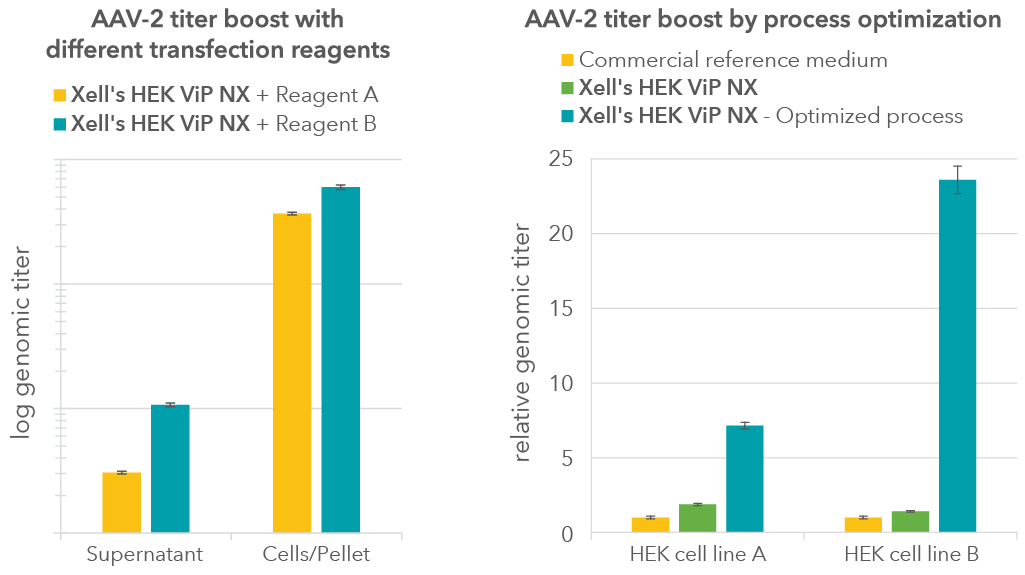 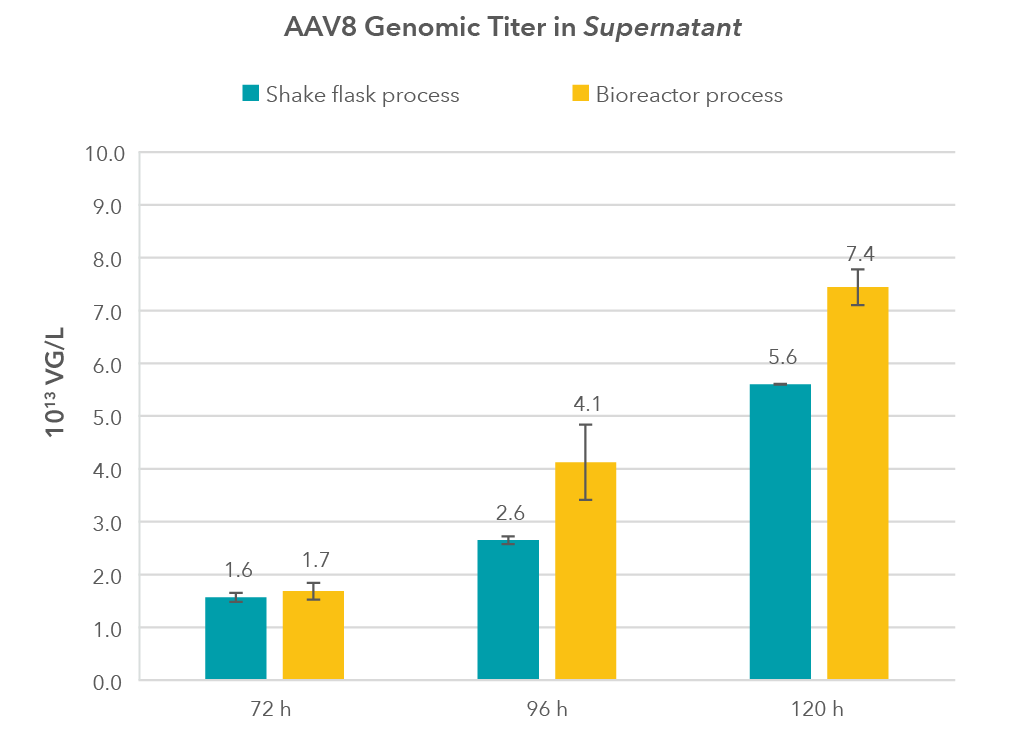