Within the last few decades cell culture media has evolved from complex serum or hydrolysate containing base formulations to chemically defined, animal component-free or animal origin-free, high performance cell culture solutions. In parallel, the biopharmaceutical industry has increased its expectation regarding lot-to-lot consistency and traceability. These requirements thrust analysis of trace element contamination of cell culture media raw materials into focus. Finally, collection of such data will not only aid in an understanding of current cell culture media characteristics, it will also provide required data to assess reasonably or maintain media performance.

Amino acids are a major component of cell culture media, which also make up a significant percentage of the media- and feed- composition. Here we show how raw materials for amino acids from different suppliers can have different trace element impurities. These contaminants can have a cell-specific and concentration-dependent influence on cell culture and must therefore be considered, controlled or even avoided before the production of media and feeds. However, not every trace element and not every concentration has the same influence on every cell, even a change from raw materials to lower impurities can therefore have a negative influence if the establishment of a cell culture has already been done with a so called “impurity”.

Iron, zinc, manganese and copper are the most common trace elements that influence cell culture, but other trace elements (aluminum, molybdenum, vanadium, nickel, tin etc.) are also often used in even lower concentrations as supplements for optimizing cell productivity. 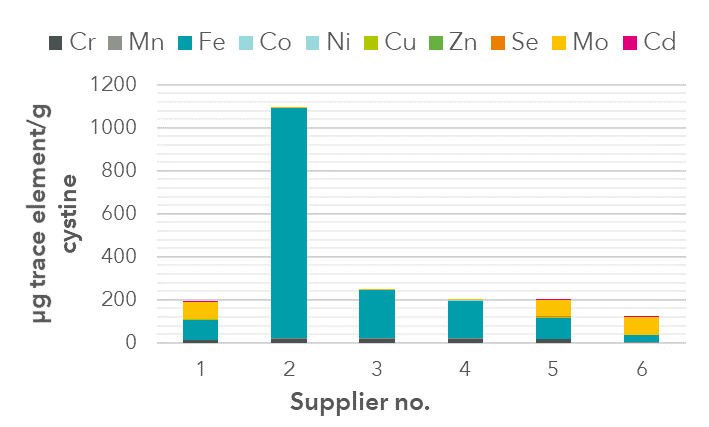 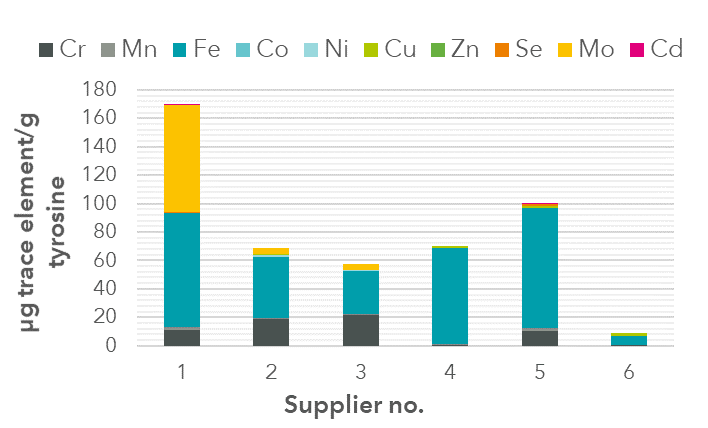 The data in Figure 1 and 2 show impurities in the samples for the amino acids cystine and tyrosine, whereas other amino acids in our analyzes have much less obvious supplier-specific impurities. These are often related to the extraction process for the respective raw materials or to the materials used in the manufacturing process.

For example, the total amounts of trace elements for the amino acids asparagine and glutamate (Figure 3 and 4) are significantly lower than for tyrosine and cystine. But the ratios of trace elements vary, and since the influence of trace elements on cell cultivation is primarily concentration specific for each element and cell line specific, the low copper impurities for glutamate must be considered in the same way as the up to 100-fold higher iron concentrations in cystine. 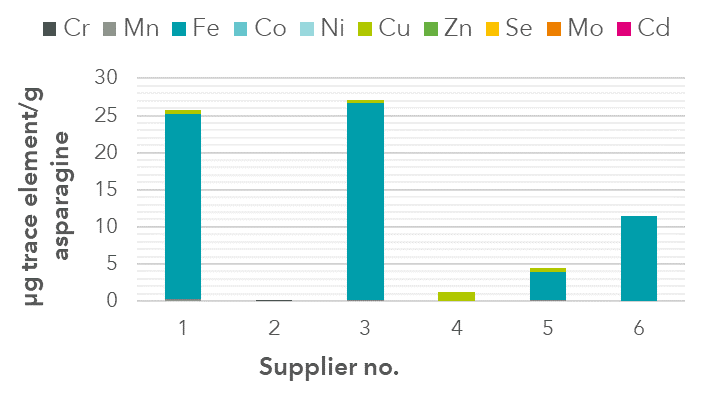 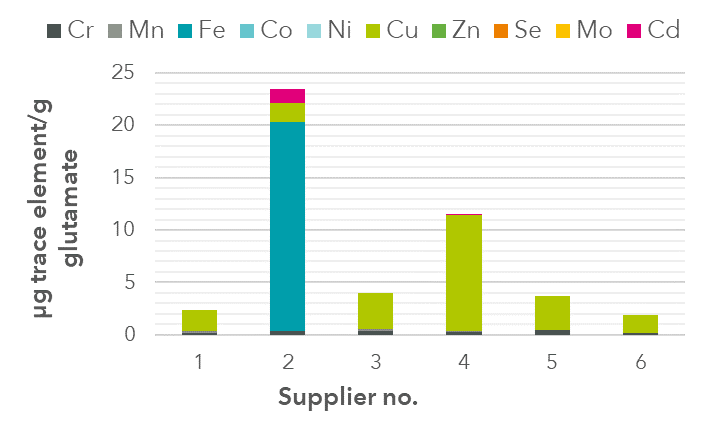 Other areas that need to be considered for trace element analysis are water quality and contamination from the cultivation system used (stainless steel vs. glass vs. plastic).

In order to evaluate these influences on a cell system, it is therefore important to know how to measure these trace contaminants correctly, identify potential sources of contamination and know ways of controlling their levels.

As part of the analytical services at Xell we also provide a Trace Element Analysis Bundle for Spent Media. We use inductively coupled plasma mass spectrometry to determine trace elements and this method provides the highest sensitivity with excellent reliability. Reach out to discuss your trace element analysis needs.